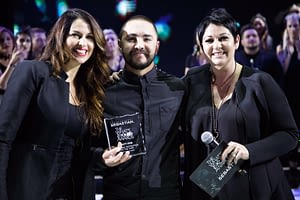 Congratulations to Cosmetology Manager Matt Hom who was named Regional Instructor of the Year by Sebastian Professional at the What’s Next Awards. Read the full article here.

“I graduated from Bellus Academy in Manhattan as a nail technician in 2013. After working in Kansas for about a year, I moved to Las Vegas. I applied at a really nice salon and the owner of the salon said that one of the only reasons they hired me was because Bellus Academy was so highly ranked that they decided to give me a shot. Less than six months later, our salon won the Best of Las Vegas runner-up award. 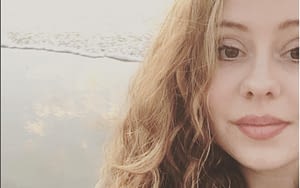 I just recently accepted a job offer at one of the best nail salons in California– the House of Polish in Beverly Hills, owned by award-winning nail tech Robert Nguyen. Bellus Academy really helped provide me the tools not only to develop my skills but also to help build my business and career.”

Bellus Academy is proud to be selected as the first U.S. School to partner with CIDESCO, recognized as the world’s most prestigious qualification in the field of Esthetics.

Our career services team and student mobile app make finding your dream career so much easier.

Bellus offers specialized training to foster your development as an entrepreneur and help you build a thriving business!

Bellus is the most awarded beauty and wellness institution in the country and Intercoiffure recently ranked us the #1 beauty school in North America!

Our students have a history of succeeding at national student competitions including TrendVision and America’s Beauty Show where they've showcased their talent and won!

Our app gives 24/7 access to academics, attendance and job postings. Select programs offer social learning on iPads, which are included in the student kit.

All of our programs include a mock state board test to prepare you for the state license exam and our kits include the state board kit and licensing fees.

We invest in our educators and industry experts to ensure that they are trained in the latest in-demand techniques and trends.

Our relationships with high-end salons in Southern California allow students to network with top stylists and owners. (CA campuses only)

We have an undeniable passion for humanity and are involved in our community, supporting various causes and giving back while utilizing our technical skills.

Bellus is proud to offer combined courses that allow you to enroll in one program and graduate with multiple credentials.

We give our graduates access to job postings, exclusive invitation to industry events and the opportunity to apply for advanced education scholarships. 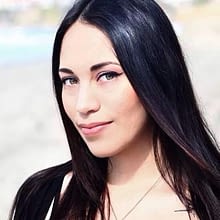 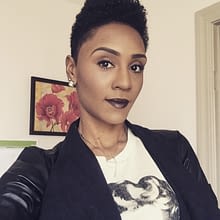 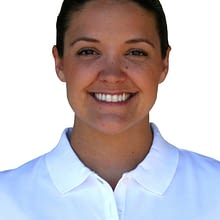 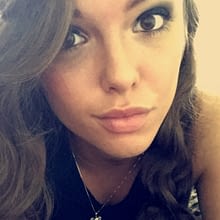 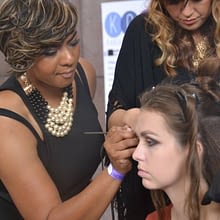 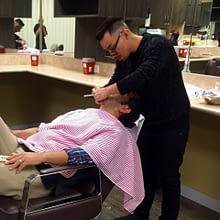 “The teachers were amazing! Without Bellus, I wouldn’t have the rewarding life I have today. School was something I looked forward to every single day. I can’t believe I have a job that I love going to every day.”

“My life has changed so much. Within eight months of graduating, I now own a successful wax bar. I am forever grateful for the great education I received at Bellus Academy.”

“For the past year I have been working on super-yachts in Spain as a massage therapist for billionaires and have loved every second of it! I don’t know what I would’ve done without Bellus’ training and expertise.”

“I love how hands-on the nail program is at Bellus. I am a visual and hands-on learner and I appreciated the time and focus on my advancement throughout the program. I would definitely recommend Bellus Academy to anyone interested in beauty and wellness education, especially the nail program!”

“The program and educators in Make-up Artistry are exceptional. The curriculum was so well designed that each day I couldn’t wait to get to school and begin the next step in learning high-end makeup. I feel very comfortable after taking this class to apply for a job anywhere in makeup, including a Hollywood studio, theater, photography or in a high-end salon and spa.”

“As a cosmo crossover, the Barbering Program was not only an excellent way to brush up on the basics, but also the best way to take my career to the next level. The staff was so helpful in every aspect and I highly recommend the program.”

Yes! Financial Aid is available to those who qualify.
See financial aid options